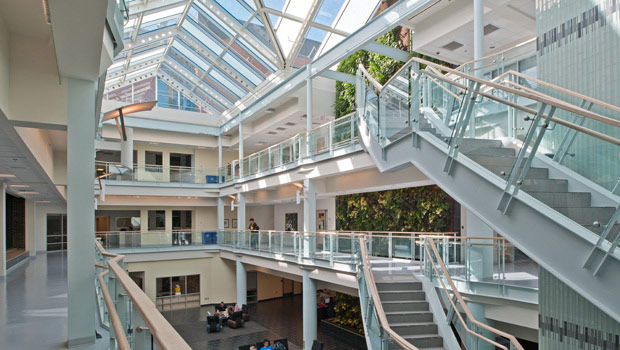 A cause for concern for students at Saint Mary’s is the availability of the Atrium computers. Every single night, students are booted off the computers in the Atrium at exactly 11:00pm. This results in some students leaving campus irritated or migrating to the 24 hour lab in McNally where your computer goes into “maintenance mode” randomly and then the vents start making an airplane-going-to-crash-into-building sound, also at random. The atmosphere is less than appealing, overly bright and uncomfortable with a constant basement-chill. Many students are dissatisfied with the current Atrium hours.

Greg Field, a fourth year Commerce Major states, “I feel the atrium is the best atmosphere in which a student is able to study, especially later in the evening. I have been forcefully told to leave certain areas of this institution while studying and found it to be disruptive to my studies. I feel there is simply not enough being done to fit the average student at Saint Mary’s needs and as a member of the student body here a Saint Mary’s I know I am not alone when it comes to this issue. The hours in the Atrium should be extended until at least 1am in order to fit the scheduling needs of those students who work or have other obligations outside of Saint Mary’s.”

The majority of libraries at Dalhousie University and St. FX stay open until at least midnight. An extension of the open hours in the Atrium would be more accommodating for students who have other commitments outside of school. A university is supposed to be a place that welcomes educational commitment. By booting the students working hard and late out of the Atrium, it could be and has been taken as insulting to their commitment to their studies. Keeping the students comfortable and in a preferable educational atmosphere should be imperative to those responsible for the average student’s interest at Saint Mary’s University.