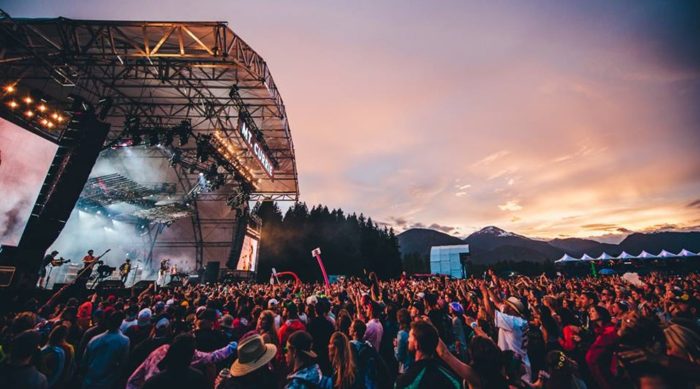 For those willing to take a trip to Newfoundland and love Classic and Folk rock the Toyota Salmon Festival Concert guarantees a great show. The legendary Eagles will headline the night bringing their immense list of classic hits like: “Hotel California”, “Peaceful Easy Feeling”, “Take it to the Limit” and “Life in the Fast Lane”. Joining them will be Canadian music heroes, Tragically Hip, touring in support of their latest album Now For Plan A. The night will also feature two more great Canadian folk-rock artists, Blue Rodeo and Matt Minglewood. Well Johnny Reid is also set to join the day long event of music stars.

For the first time in 25 years, Rush returns to Halifax presenting the Clockwork Angels Tour which features a live orchestra on stage. Showing no signs of slowing down Rush will perform with no opening group for three hours presenting hits like “YYZ”, “Tom Sawyer” and “Far Cry”. Rush, elected to the Rock and Roll Hall of Fame this year, brings their highly praised new album and tour to Halifax for an already sold out show on July 12 and a limited number of tickets left for the July 14 show. Rush promises they are not slowing down and bring everything to every show.

One of the biggest music festivals in Canada is Osheaga in Montreal, Quebec. Despite the ten hour road trip or short flight this festival is well worth the trip. Osheaga is a festival headlined by high-profile concerts, but it also features other things like art shows. It presents music of many different genres and welcomes people of all age groups and music likings. The Cure, Mumford and Sons, Phoenix, Vampire Weekend and The Lumineers are among the headliners this year. Kendrick Lamar, Yelawolf and Big Boi are among hip-hop artists making appearances this year. Macklemore and Ryan Lewis, Two Door Cinema Club, Flogging Molly and Jimmy Eat World are all also set to appear. Get a group of friends together, get a car, book a hotel and prepare for an unforgettable weekend of concerts, art and parties!

The summer is only starting and the concerts are beginning to be rolled out on a very busy red carpet. Billy Talent, Great Big Sea, Opeth, Matt Mays, Rose Cousins among many other names are already set to perform this spring in Halifax. The Halifax Pop Explosion band deadline is fast approaching leading to a hopeful announcement of groups performing in the coming months. It is going to be an exciting summer and these five shows are, but a small number of the many shows announced or going to be announced for this summer. Prepare for a fun and hot season of concerts!